Changing the Limitations of a Workplace
– 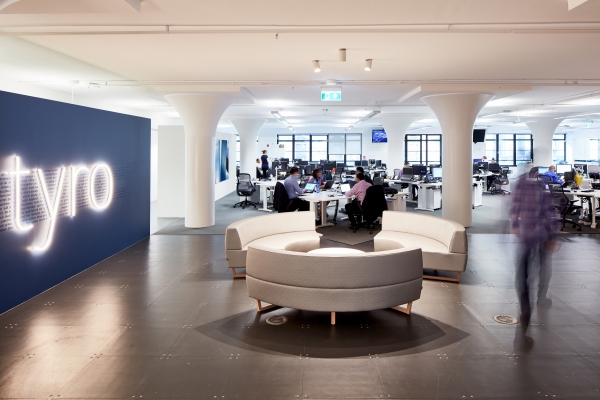 As Australia goes through what Prime Minister Malcolm Turnbull describes as an ‘Innovations Boom’, the financial technology industry has reached a precipice with the four dominant banks facing accountability by way of an annual hearing with a Parliamentary Economics Committee, and a powerful injection of interest into the burgeoning community. With a number of significant grants on offer for start-ups from both the public and private sectors, Australia is increasingly looking towards technological innovation to pave the way for the future of Australian businesses and the economy.

While financial backing is all very well and good, supporting infrastructure is also of vital importance to facilitate growth and encourage entrepreneurial spirit. Australian FinTech start-up Tyro has made it their mission to nurture the growing industry with the unveiling of the Tyro FinTechHub – a specially designed workspace in the heart of Sydney with state of the art facilities available for hire to small teams with a dream for innovation. 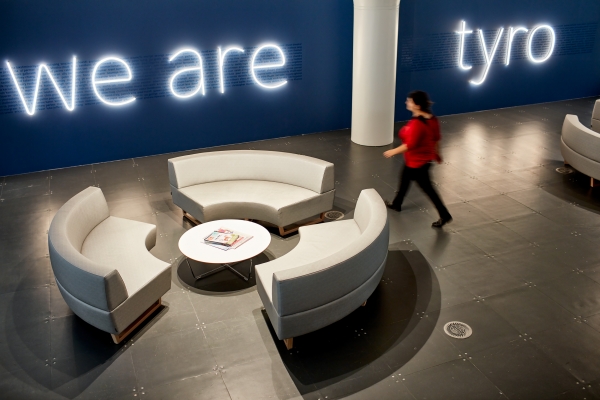 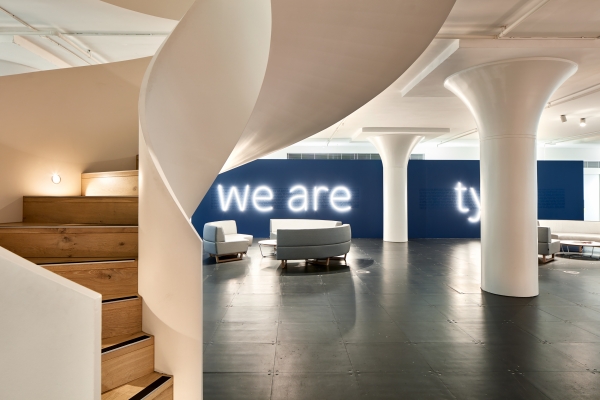 The FinTechHub was designed by Cox Architecture, with lead interior designer Ingrid Kelly working closely with Tyro’s Fiona Stollman to turn the vision into a reality. Designed to work as an intensive incubator to inspire and facilitate a rotation of start-ups, Tyro’s FinTechHub’s design needed to act as, “a very large collaboration space that could hold meet-ups and presentations for both Tyro and the start-ups rotating through the co-share lab.”

“In the design of the FinTechHub, there is an inherent connection between ‘agile working’, and a tech ‘start-up’, and Tyro has grown rapidly over the past few years,” says Kelly, “The Tyro FinTechHub is separate in some ways, with the idea that Tyro will move both in and around the co-share space. With co-share labs, the idea is that you can work as one, or work as a team, so it really needed to be a flexible space for people to move.” 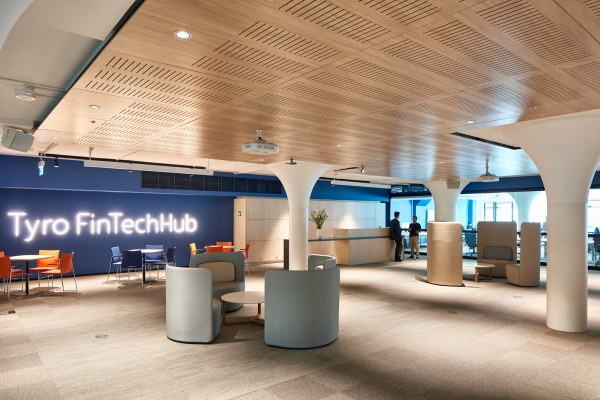 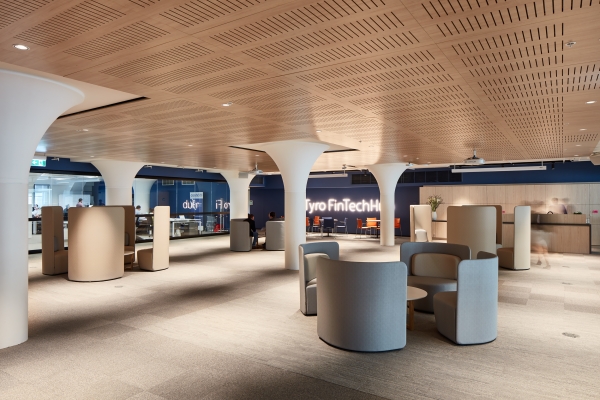 Adopting a neutral and sophisticated style in the fit-out, a generous use of blonde timber adds warmth to the space, which is peppered with ample gathering spaces. A number of clusters of Boss Design’s high and low back Shuffle seats were specified from Products for People, allowing for more intimate work in a less formal setting. This flexibility and modular nature works well with the need for versatility in the space, which Kelly notes, is similar to how, “[the] engineers move everything around themselves – they pull things apart and piece them back together again.” 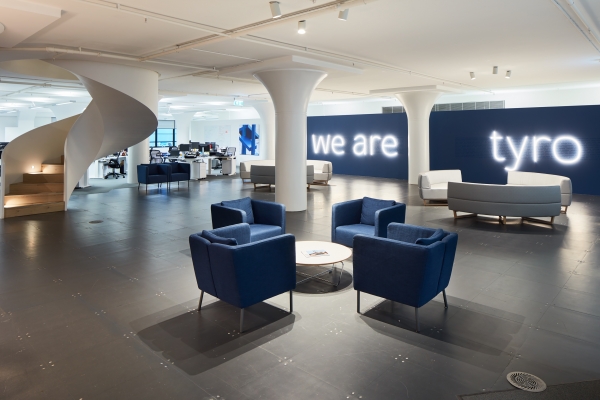 One of the highlights, and indeed, Kelly’s favourite aspect, of the Tyro offices is the winding white and timber staircase that sweeps between the floors that was purchased by Stollman from a Melbourne-based company, completely off the shelf. Kelly says that it, “really links in with Tyro’s belief in the modular, off-the-shelf, and efficient product that doesn’t cost the world.” 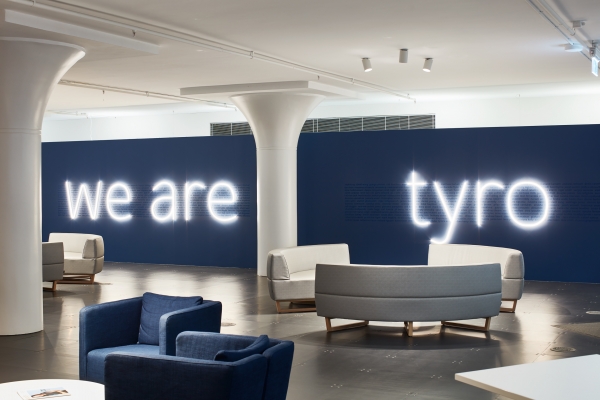 Carefully striking the balance between flexibility, and too flexible, the Tyro FinTechHub has expansive space designed for fledgling FinTech start-ups to grow organically within, with the guidance of experts from Tyro, and the broader community. The minimalistic palette is rich and understated, with the warmth of the space provided through materiality, rather than colour.